Skip to content
Conshohocken Authority
How Do I...?
View all How do I...? questions and answers

In 2017 the Borough of Conshohocken Authority Installed an odor control system to address an evident odor problem.  This system consists of the enclosing of existing treatment tanks, extensive duct work to collect odors and a vessel filled with a carbon media derived from coconut shells to filter the odors before releasing the conditioned air into the environment.  The vessel is designed to hold 390 cubic feet of carbon media.  In addition to collecting odors from the Dewatering Building, the following treatment tanks that were enclosed are,

Completed in 2018, the cost of the odor control project was just over $2,000,000.00.  The Authority received $200,000.00 in a Local Share Account Grant from the Pennsylvania Department of Community Economic Development. During the week of June 21, 2021, the carbon media is being replaced, as recommended within five-year intervals. The direct result of this project is a dramatic decrease of odors and odor related complaints received by the Authority.  The Authority is dedicated to keeping the odors to an absolute minimum and maintaining our role as a good neighbor. 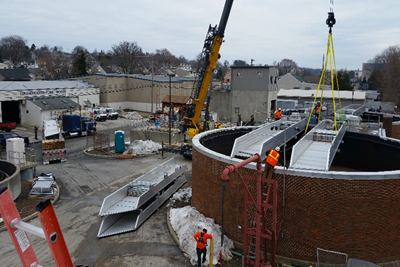 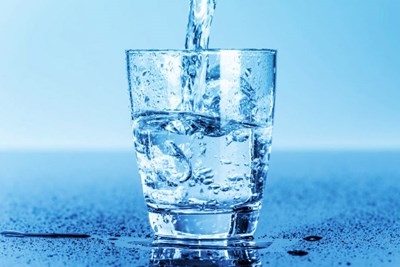 How does your sewer bill compare to the other County Communities?